The market has been on a tear since May when a counter intuitive tsunami of pent up demand made its way through the Canadian housing market. Blowing sales records, and minds, in its wake.

For Sellers this “Covid-ized” market has been a bonanza — with some Sellers countering back on full price offers with a number higher than they even listed at. And getting it.

For Buyers its been tough as they drop everything every time a new listing pops up to try to get in first and thus hopefully beat the crowd, and a potential bidding war.

Meanwhile we are in the midst of a pandemic. An historic world wide recession and global economic upheaval. A disaster for a trading partner to the south. And unprecedented government spending as our national debt is expected to hit $850 Billion by year’s end!

Yet Canadians have been buying homes with apparent abandon…

In the movie City Slickers, when asked what the secret to life was, the enigmatic Curly replied…

“One thing. Just one thing. You stick to that and the rest don’t mean crap.”

With no further explanation Curly dies, taking the secret with him to the grave, (pretty sure this one is past the statute of spoiler limitations). 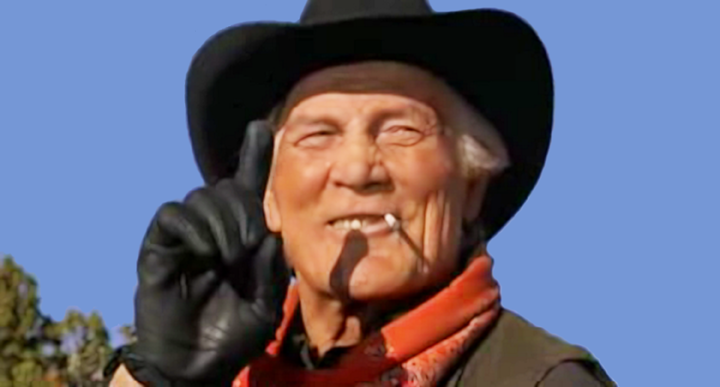 As a Realtor, if someone were to ask me what the secret to the hot housing market is, I’d answer…

“One thing. Just interest rates. You keep them this low and the rest don’t mean crap.”

Of course there are several key drivers at work in addition to our low, low interest rates …

With rates like that it’s little wonder there’s a buying spree across the country.

Even with the so called Federal Mortgage “Stress Test” (adds a couple points to “stress test” applicants for higher interest rates later, now meaningless), has done little to slow down the stampede.

Indeed every measure the government has taken to cool off demand in Canada has failed in the end.

Back in May the CMHC (Canada Mortgage and Housing Corp.) made headlines with this prediction…

“… average prices will fall between 9 per cent and 18 per cent from pre-pandemic levels before beginning to recover in the first half of 2021”.

Chief Economist Bob Dugan reiterated that forecast as recently as September, though he cautioned that it’s difficult to predict the “peaks and troughs” and there are many moving parts…

“When I say I stand by our forecasts, it’s really with respect to what are the broad trends we expect moving forward,” Dugan said on a conference call with the media on September 21. “When I look at the housing market there are a tremendous number of risks.”

As if to help confuse us more Rishi Sondhi, an economist with TD Economics, said he has his own outlook about the housing market.

In a report on October 8, Sondhi wrote that “some easing” of prices may take place…

“However, unlike sales, an immediate fourth quarter (pricing) pullback is unlikely,” Sondhi stated.

“In fact, another (modest) gain could be in the cards!”

It’s all enough to give you whiplash.

Will the Canadian housing bull market continue or will the market finally respond to the economic reality that is manifesting worldwide?

In 2009 we got hit by the 2008 US recession nearly a full year after it began in the US. Many here thought we had somehow dodged the bullet only to get hit harder, and longer in Canada than in the US.

Only time will tell if this time around is any different or if the US contagion is merely delayed once again.

Hi, I’m Jeff Wood and I love living in Nanaimo! And I love helping people make their move!

My wife and I moved to Nanaimo from Richmond in 2015, after raising our two kids there. We brought along our two precocious Border Collies; Jake and Cochise, who are sure they moved to Doggy Disneyland in the process. We live in Upper Lantzville and love it!

Before becoming a Realtor, I was a professional investor owning 8 multi-family properties with 24 tenants. I also spent 20 years as an Executive Headhunter, finding talented people for Fortune 500 clients in the USA and Canada. In that role, I functioned regularly as a professional negotiator, working with both sides to create a win win scenario. I also helped candidates relocate to start their new jobs and thus I have a lot of relocation experience.

Now as a realtor I apply all of these hard earned skills to the benefit of my clients, whether they’re buying, or selling, delivering results that move them!

This site uses Akismet to reduce spam. Learn how your comment data is processed.

In today's competitive real estate world you need someone who delivers results that will move you. Without the BS or drama. Jeff Wood is such a Realtor. Bringing Buyers and Sellers together through the toughest of deals, Jeff’s deep local knowledge combined with his proven technical expertise, and exemplary customer service, are a lethal combination. Specializing in both selling and sourcing mid-island properties for his Clients, Jeff is the go-to partner to both Buyers and Sellers in Nanaimo.